This article was written by one of our SHAPE practitioners, Bernie Rosen in Coeur d’Alene, Idaho. He has a wonderful blog on his website that covers a variety of topics. We loved what he shared about the benefits of adding salt to the diet and why Celtic Sea Salt® is the best choice.

The Key Difference Between Salt and Sodium 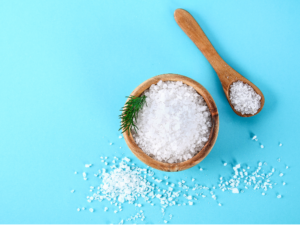 Salts are natural combinations of sodium and other minerals. Sodium is essential to life. It is critical for the health of every cell in the body. Sodium is a key part of the fluid between the cells along with its partner, potassium. The two minerals balance the nutrient and waste exchange of each cell. Sodium is also in our blood, our lymphatic fluid, and is required for the production of hydrochloric acid so we can digest our food. Sodium is involved in nerve and muscle functioning where it again teams up with potassium. It also maintains our body’s fluid balance, electrolyte balance and pH balance.

As evident from above, we need sodium and it is preferable to consume it in a healthy manner. Food sources of natural sodium include vegetables, whole grains, legumes, nuts, seeds, fruits, fish, poultry, eggs, milk and meat. Unfortunately, most of the population obtains sodium from refined table salt or sodium added to processed foods. These are unhealthy forms of sodium because they have been stripped of all the other naturally occurring minerals. In table salt, only two minerals remain: sodium and chloride.

To make matters worse, during the manufacturing process, salt is chemically cleaned, bleached and heated so high that the chemical structure changes. Anticaking agents are added so the salt will not mix with moisture when in your saltshaker. This is fine in the saltshaker, but not in your body as the refined salt does not dissolve and combine with the water and fluids in the cells. This creates buildup in the body and leaves deposits in tissues and organs leading to health problems such as hypertension (high blood pressure), calcium deficiency, osteoporosis, fluid retention, weight gain, headaches, stomach ulcers and stomach cancer, to name a few.

A major myth regarding sodium and salt is that a low-salt diet is healthy. In fact, recent scientific evidence indicates that such a diet may actually be harmful. Here is an excerpt from a study by McMaster University:

“A large worldwide study has found that, contrary to popular thought, low-salt diets may not be beneficial and may actually increase the risk of cardiovascular disease and death compared to average salt consumption. The study suggests that the only people who need to worry about reducing sodium in their diet are those with hypertension (high blood pressure) and have high salt consumption.”

Why Celtic Sea Salt® is the Best Option 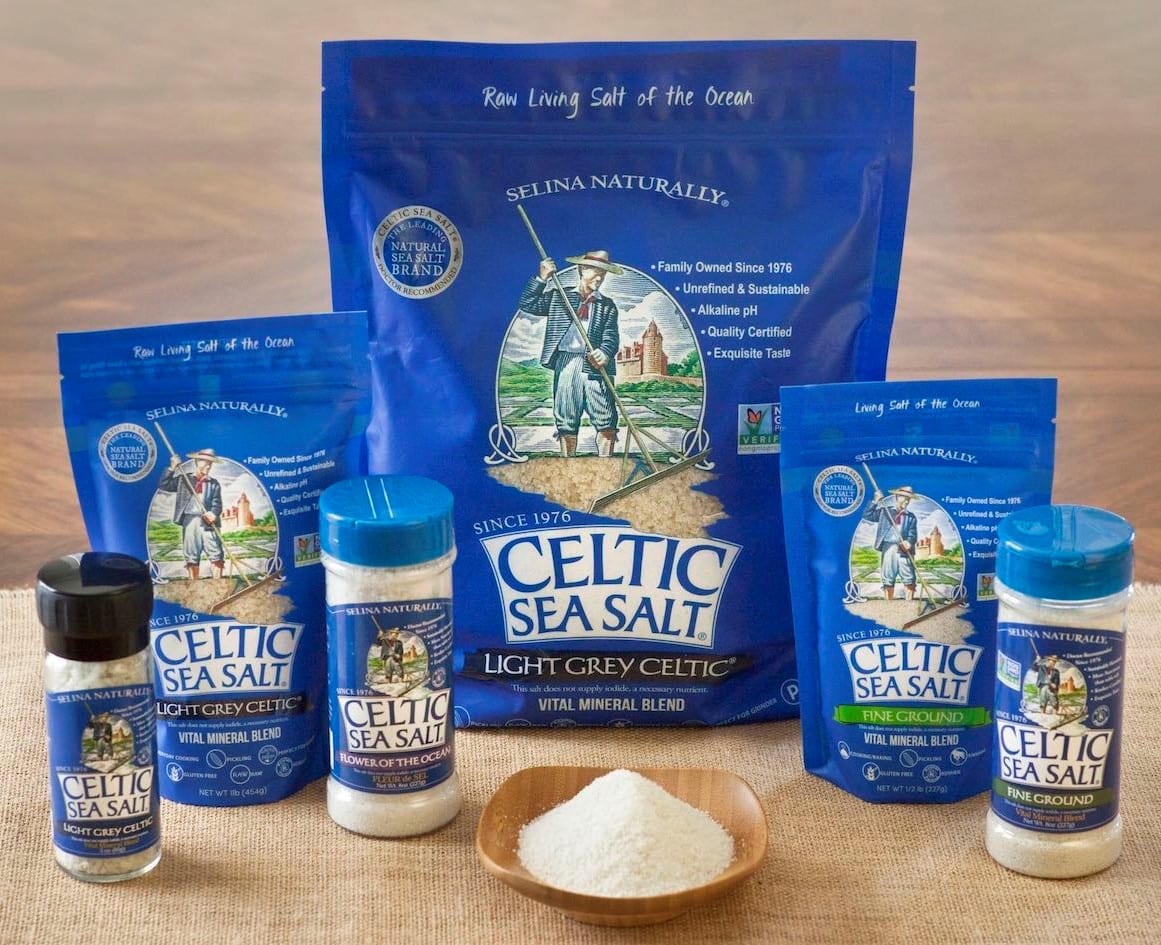 Human health depends on the abundance of the vital minerals found naturally in ocean salt. Among other functions, minerals help us assimilate vitamins and nutrients into our cells. Celtic Sea Salt includes, as nature intended, a spectrum of naturally occurring essential minerals. Nothing is removed from the natural salt and nothing artificial is added to it. Celtic Sea Salt supplies the body with vital trace minerals and elements, along with the proper balance of sodium chloride. The unique combination of natural minerals in Celtic Sea Salt is made up of natural electrolytes that give your body a positive electrical charge.

Celtic Sea Salt® has a naturally occurring trace amount of iodine, approximately 0.68 parts per million. Though iodine is an important mineral component, sea salt is not considered a significant source. Yet sea salt is an all-natural, pure source of iodine that is quickly absorbed and stored by your body.

A salt labeled “iodized” typically means that iodine was chemically added to the salt, possibly using an artificial additive to bind the iodine to the salt. The Celtic Sea Salt Gourmet Seaweed Seasoning contains 350 mcg of iodine per ¼ tsp is a much better option. It’s a truly natural, iodine-rich sea salt.

Many people crave salt. This may be an indication that your adrenal glands are stressed out, meaning you are stressed out. According to Chinese medicine, salt cravings are a sign of too much sugar or alcohol in the diet and the body’s way to come back into balance. Sometimes salt cravings can be a warning for oncoming hypertension.

Why Selina Naturally Celtic Sea Salt® Is So Different

“Celtic” (pronounced kel-tic) indicates the French origin of this salt. Selina Naturally Celtic Sea Salt is a family-owned brand that was started in California by founder Jacques Delangre in 1976. Celtic Sea Salt was originally sourced only from the coast of Brittany, France and is now sourced from the coastal regions of Europe, Guatemala and Hawaii. While other salt companies may sell their salt for less, Selina Naturally guarantees that their salts are wholesome, unrefined, quality-certified and Kosher.

Light Grey Celtic® is the trademark for their coarse, moist salt, which gets its light grey hue from the mineral-rich, pure clay lining of the salt beds from which it is harvested. This color is the result of the way the salt crystals look when they are first harvested. Allowing the Light Grey Celtic to remain in its brine-rich state accounts for its unique and inviting moistness.

Salt is not naturally free-flowing and dry; this is a manufactured attribute. At Selina Naturally, Fine Ground salt is created by traditional methods, which include keeping it raw, drying the salts at a low temperature (instead of overheating it), and then grinding it finer for convenience. These careful steps result in a salt that is more nutritious than table salt, yet similar in appearance and without any additives!

Celtic Sea Salt will last for an indefinite amount of time. Because salt is a mineral, not an organic substance, it doesn’t spoil. On the contrary, salt is a natural preservative. For example, it’s one of the ingredients used to preserve ham. If you study your history, you will learn that salt was one of the most prized possessions in earlier times as it was necessary for food preservation. The term “salary” originates with salt!

Bernard Rosen, PhD is a Nutrition Consultant and Educator in Coeur d’Alene, Idaho. He works with individuals, groups, and at corporations to create individualized nutrition and wellness programs. You can find out more at brwellness.com.