All About Dietary Fat 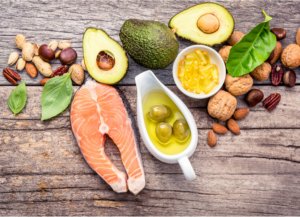 Dietary fat is one of three macronutrients, along with carbohydrates and protein. It is used in the body as a source of energy, similar to carbohydrates. Your brain is largely made of fat, and some degree of body fat helps regulate hormones and provide energy during times of fasting.

Fat has been misunderstood for years. It was once believed that dietary fat made you fat, but as it turns out, fat is vitally important for good health.

There are several different types of fats, each with a different health profile: 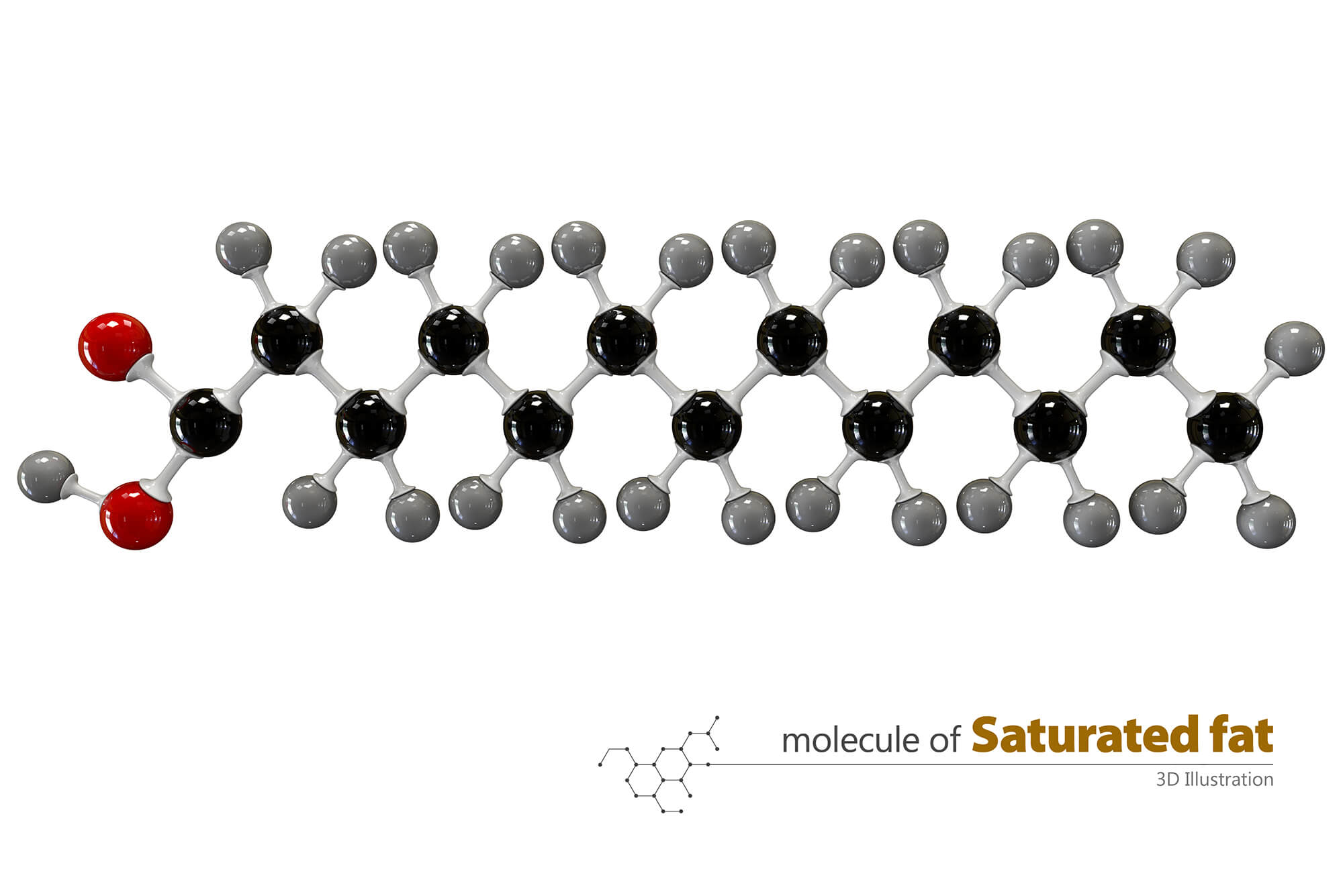 In saturated fats, every carbon atom (black sphere in the diagram) in the chain is connected by a single bond (white bar) and has a hydrogen atom (gray sphere) attached to every available side. In other words, each carbon atom is saturated with hydrogen.

This structure creates a fat molecule that is rigid and solid at room temperature. Saturated fats are generally more shelf stable and are less affected by exposure to heat and light than other forms of fat.

Sources of saturated fat include lard and butter, and coconut and palm oils. 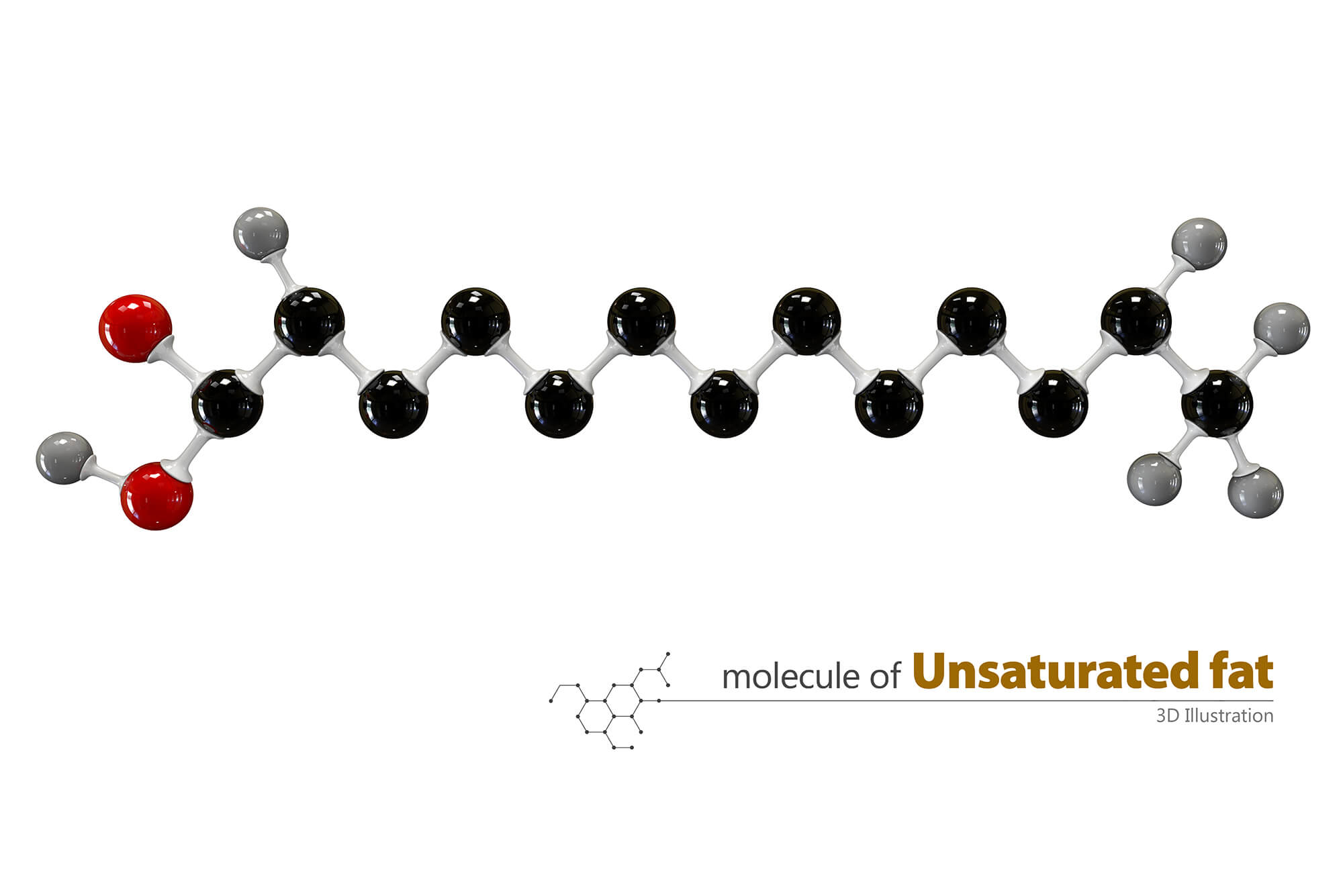 This structure creates a dietary fat that is fluid, appearing as liquid at room temperature. Unsaturated fats are not very shelf stable and go rancid more quickly, especially when exposed to heat and light.

While saturated and unsaturated fats occur naturally in plants and animals, trans fats are created either through excessive heat (e.g. deep frying) or through a process called hydrogenation. In the 1950s, scientists believed that saturated fats were the primary cause of heart disease, and people were encouraged to avoid them and only use unsaturated fats. But olive oil just doesn’t taste right with fried eggs and toast, and it certainly doesn’t work in cakes and frostings. So, people turned to margarine and shortening. These were considered to be healthier alternatives, and they made pie crusts flaky, baked goods soft and chewy, and they seemed to never spoil.

Sounds like a win-win, right? Well, not exactly. Hydrogenation takes an unsaturated fat, breaks its double bonds and adds hydrogen, saturating the carbons.

The two-dimensional picture (fig. 1) of hydrogenated or trans fat might look identical to saturated fat, but in its true, three-dimensional form, it’s like a poorly reconstructed version (fig. 2).

Trans fats harden and clog the arteries, promote inflammation throughout the body, wreak havoc on your digestive system and accelerate the aging process. In fact, rather than reducing heart disease, trans fats have increased heart disease and other health issues.

So, what does this mean for you?

There is no shortage of controversy and conflicting opinions about dietary fat. But here’s our stance: Avoid trans fats and hydrogenated oils completely. They are never a healthy option. As for saturated and unsaturated fats, they both play important roles in nutrition when consumed in moderation.

Below is a list of healthy dietary fat sources and their benefits, along with some cooking advice:

Dietary fat is limited in Phase I: FasTrac Cleanse of the SHAPE Program. There are circumstances when fats like flax oil, fatty fish like salmon, coconut oil and/or avocados can be added, but this is usually the exception rather than the rule. Your practitioner can help you determine how much dietary fat is best for you. Dietary fat is included as part of the Phase I: Basic Cleanse.